Amusement parks may seem like a place for families but it can be a ton of fun for adults as well! I recently spent 4 days at Universal Studios Orlando. Since the holidays are coming up, I thought I’d share my thoughts and tips for your perfect vacation at Universal. This guide is catered towards those in their young 20s either traveling as a group or as a couple. I’ll be sharing my favorite rides, tips for cheap tickets and other photos!

I bought my tickets off of Undercover Tourist. After doing a bunch of research, it was the best deal and one of the most reputable sources. We decided not to do Park to Park tickets as the only benefit was the Hogwarts Express and since we went for four days we didn’t need to go in two parks in one day. I’d recommend at least a full day in each park but we really enjoyed going for 2 days in each park as that way we can explore the shops, meet characters, and have a nice lunch.

Currently the four day base tickets that I bought are selling for $166 USD on Undercover Tourist. It comes out to be less than $50 per day so it’s a fantastic deal.

Between the two parks, this one was definitely my favorite! For lunch we ate at the Three Broomsticks which I HIGHLY recommend! Great quality food with fantastic Harry Potter themeing and the price was reasonable too. 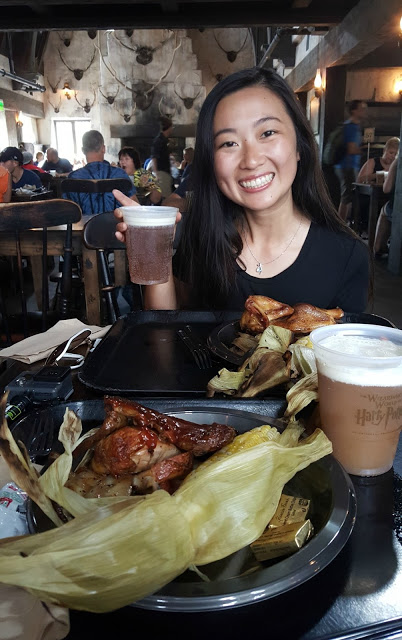 Lunch at Three Broomsticks- make sure to order Butterbeer!

Here I’ll list out some of my favorite rides as well as ones that you can skip. 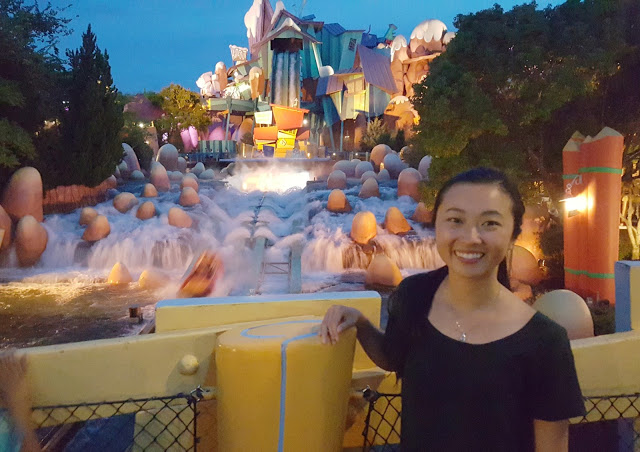 Dudley Du-Right’s Ripsaw Falls- The drop and the splash you get is so much fun! 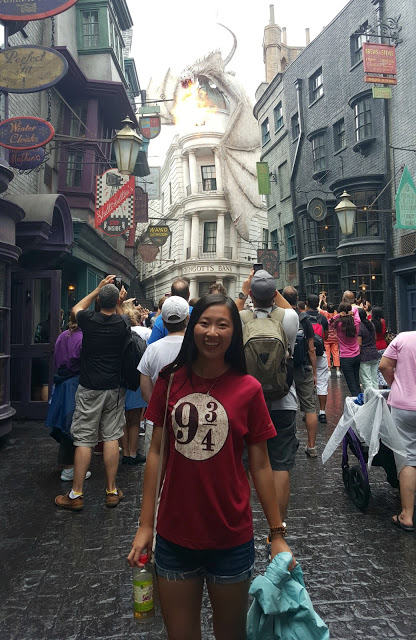 The famous Diagon Alley- notice everyone else taking photo of the dragon breathing fire hah!

This park had more of the original rides as well as characters. Universal Studios Florida inspires its guests to “ride the movies”, and it features numerous attractions and live show. If you are done with the rides early, I’d recommend lining up to take photos with characters as I found that loads of fun.

Here I’ll list out some of my favorite rides as well as ones that you can skip.

We can’t forget about transportation as the park is huge! We stayed at a hotel (yellow star)that looked as close as it can be to the park on the map. However, it was still a 20 minute walk (yellow dotted line) to get into the Universal Transportation Center (pink star). The green arrow is the way to walk to Islands of Adventure and the blue arrow is leading to Universal Studios Florida. 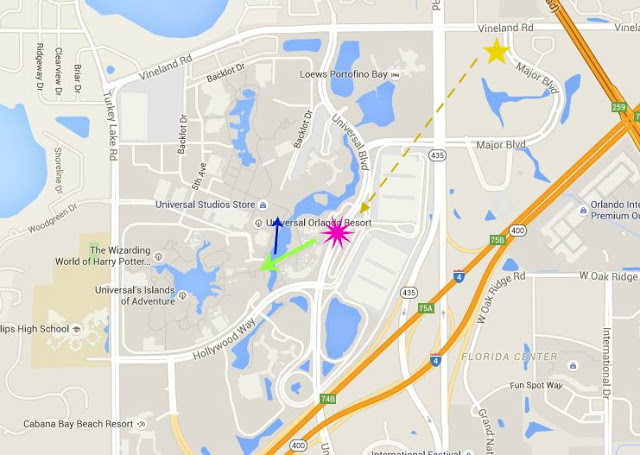 Hope the map is helpful,, I was so confused when I was planning my trip on where the entrance is
I really enjoyed using Uber when I was there as the ride back to the hotel was only $4!! When we took the taxi it was $8. The difference really adds up. If you don’t have Uber, you can sign up and if you use my invite code and we both get a ride up to $20 free! I can’t even use my free rides as Uber doesn’t operate in Vancouver right now but I can’t wait until they figure it out with the city.

Have you ever been to a Universal amusement park? If you are interested in more travel guides, I recently wrote on about a cruise to Bahamas, as well as Miami Beach.

Also, for those Harry Potter fans, how awesome is my 9 3/4 shirt?!
Florida Things to Do Travel United States
by raincouverbeauty
Leave a Comment