For the last few days of my one week vacation in Curacao, I rented a car from D&D Car Rental. Having a car really helped me get a feel for the whole island and to hit up spots for the more adventurous traveler. I’m always nervous about driving in foreign countries though but rarely find information on how it is other than “it’ll be fine”.  I’ll share how I felt driving in Curacao from the perspective of a Canadian and some tips that might help your drive!

I also recently did a road trip from Sydney that you should check out! The rules in Sydney were more similar to Canada but the big challenge was that it was left side driving!

Why You Should Rent A Car 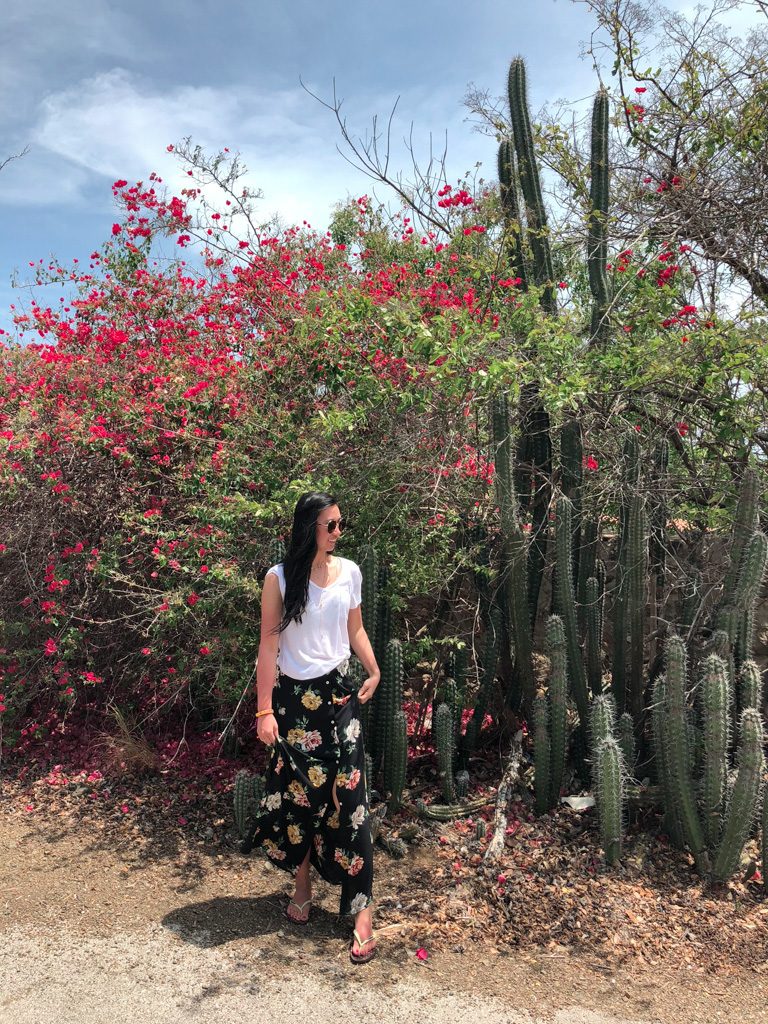 There are a couple things to note that are different from driving in Canada so I’ll share the rules that are good to know. But everyone on the island is friendly and I rarely saw cases of people tailing cars or driving aggressively.

A typical road towards the west side of Curacao

I chose the Small SUV ($55 per day) option which ended up being a pretty large Jeep (I think he actually gave us the Standard SUV). It was very spacious but as I was used to driving smaller cars it took a while to get used to. I would say a normal sedan ($45 per day) is more than enough for the roads in Curacao. There are a few uphills and also unpaved roads, but nothing that a newer smaller sized sedan can’t do.

D&D Car Rental is a lot cheaper than some of the larger companies on the island. I liked that they also included GPS for an additional $5 per day. This was super worth it as many roads in Curacao do not have names and there are also no road signs!

It was really convenient to rent a car only for a portion of our trip as D&D Car Rental dropped off the car for us in the Pietermaai area free of charge. We returned the car back to their office near the airport and then they provided transportation to the airport. Daniel was super friendly and trusting. You have to pay by cash but he’ll ask whether you want to pay now or at the end! The rate also includes taxes, insurance, so the price you see is the final price!

Overall I found driving to be slightly difficult but less likely to get in an accident than driving in Canada. It’s difficult because the roads in Vancouver are very straight so I wasn’t used to the curves. But there are WAY fewer cars on the streets which makes it easy to navigate when you are driving slowly. A lot of the roads are one lane each way so you don’t need to deal with merging. Lastly, everyone is generally courteous and will yield if you look like you are struggling! If you are able to drive in Canada, you’ll be able to drive in Curacao!

I received a media discount from D&D Car Rental.

Curacao Things to Do Travel
by raincouverbeauty
Leave a Comment