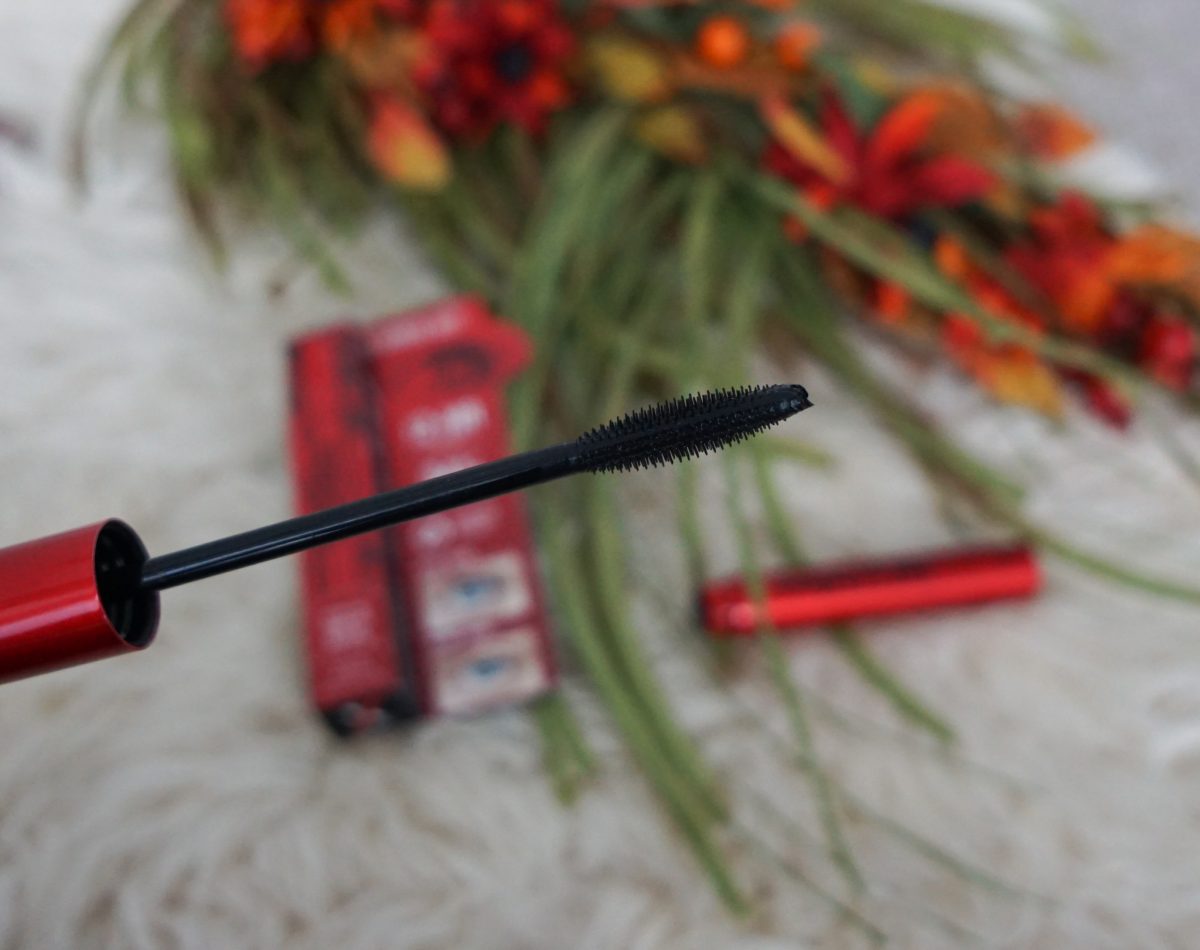 I have been addicted to getting eyelash extensions since I first discovered them last year! But it gets expensive and I still need a great mascara for the time in between sessions. I recently tried out the best selling Smashbox Super Fan Mascara and today I’ll show you some swatches and my review.

The claims from this mascara is long-wearing mascara that gives you a fanned-out look. The formula will provide a 12 hour length, lift and volume without heaviness or clumping! Let’s see if it lives up to its claims.

With a red and black color palette, this mascara gives off a dramatic vibe. I usually prefer natural bristles but this rubber bristle wand surprisingly doesn’t irritate or poke my eyes. The wand is tapered towards the end which is good for getting in the corners. The bristles themselves are rather standard with some single strands and some criss crosses.

I found this mascara did a really great job separating my lashes. The formula was also dark and black! However, I thought the formula was a bit on the heavy side as it made my lashes droop. I have naturally curled lashes but I can imagine this to be a detriment for anyone with straight lashes.

I like that I was able to build up the intensity without clumping the lashes. But this doesn’t achieve the longest length I’ve ever seen with a mascara. I like that this stays on well during the day and there’s no flakes that drop on to my skin. But I wish it gave my lashes a bit more curl so it opens up the eyes more.

Here is the before and after of my lashes using the Smashbox Super Fan Mascara. As you can see, the color is very intensely black. I didn’t add eyeliner but it really accentuated my lash line. The lashes are separated nicely but I wish it was a bit longer and more curled up.

I realized my rating system doesn’t have a criteria for curl (I’m trying to keep it consistent so you can compare to all the other mascaras I’ve reviewed). So I think I’d probably deduct one more point because my lashes are straighter than normal when I use this mascara.

Dream big, sparkle bright 👸 . I got out to cypr

While I'm only wearing foundation maybe once a wee

One perk of being stuck at home is that I finally

If you're looking to switch your skincare to somet