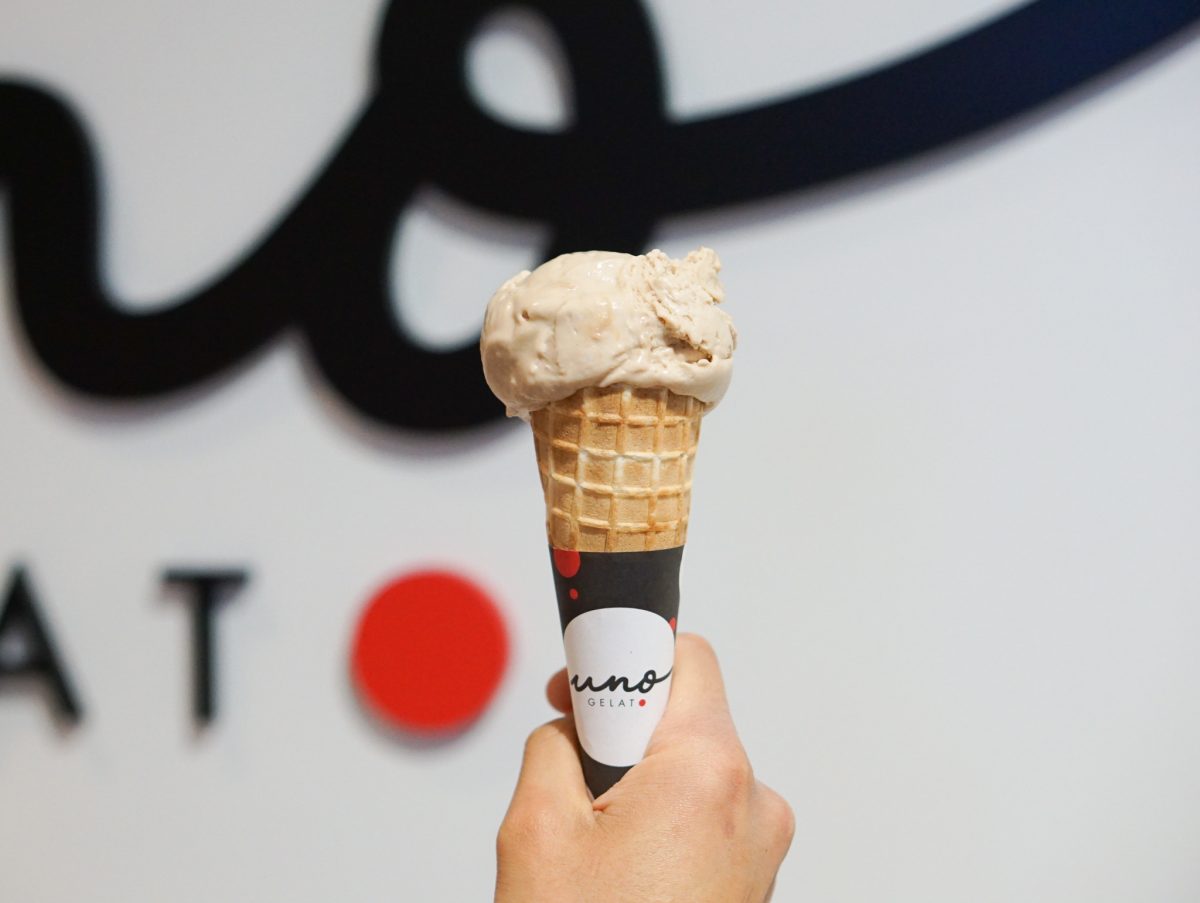 Looking for something fun to do in Vancouver this winter? Check out Gelato 101 at Uno Gelato in Kitsilano! Gelato and winter might not be the first pairing you think of. But hiding away from the rain while indulging on some delicious sweets that you made yourself sounds like a pretty good date night to me!

From now until March 2022, Uno Gelato will be hosting these gelato making classes on Wednesday and Thursday nights at 7pm. The classes are about 1.5 hours long and includes making two flavors of gelato, sampling 10 flavors, a full-sized cone, and taking home two pints of the gelato that you made! To register, check them out online!

We started off the evening in the back kitchen learning the secrets of gelato making from the owner of Uno Gelato, Andres. One very interesting fact was that there are 5 different types of sugars he’ll use to achieve the right consistency and flavor. He passed around samples and we got to taste the difference in texture and sweetness.

We spent the majority of the time making the Creamsicle gelato from scratch! I really did not expect how fresh the ingredients were and how much we used to create a batch. We juiced and zested our way through probably 20 oranges. We also got to open up a vanilla bean and wow they smell so decadent! Then we blended the sugar, water, and other bases to create the gelato juice.

It was very interactive and the 6 of us essentially made all the steps from scratch for this gelato!

For the Chocolate Grand Marnier gelato, the base was mostly prepared already. This was good as the first gelato took almost an hour to make and I wasn’t sure how we were going to fit in the second one. We got the very fun task of pouring in an exact amount of Grand Marnier to make sure the gelato will still freeze.

The “experience” part of the Gelato 101 class was very well done. You don’t need any experience in the kitchen to be able to complete these tasks. I also like that we made one flavor from scratch so it feels even more fulfilling eating it later.

If you’ve ever wanted to taste test your way around the menu selection, this is your chance! We got samples of 10 flavors and it was honestly so hard to choose a favorite. I gravitate towards tropical fruits when picking samples and I’m so glad I got to broaden my taste buds. My favorites were actually roasted hazelnut and roasted pistachio which I would have never picked on my own!

After we tried all 10 flavors, we choose one to have in a full sized cone! I decided to go for a flavor that I haven’t yet tried even though I loved the roasted hazelnut. You can have it in a cone as well and all of this is included as part of the workshop. It was so yummy and after seeing the fresh ingredients used to make our own gelato, I can appreciate the flavors even more now!

While we enjoyed our gelato cone and took pictures, the staff were busy prepping our take home pints. During the class, you’ll make two flavors and you’ll each take home two pints of gelato! They even packaged the two pints in a cardboard box and tied it together in a ribbon. It would make such a good gift if you can part with it! It’s the perfect memory to take home from the Gelato 101 class at Uno Gelato.

Thanks to Uno Gelato for providing media tickets to this class

Things to Do Vancouver
by raincouverbeauty
Leave a Comment