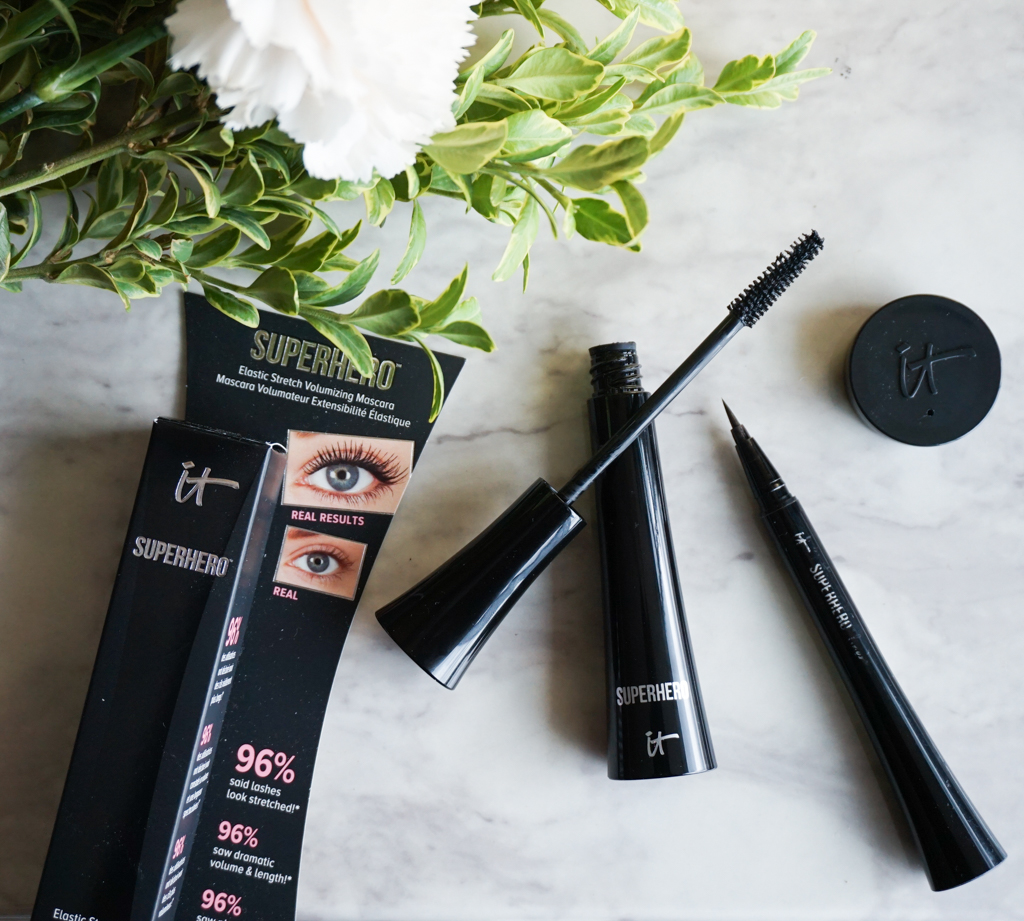 Ever since IT Cosmetics launched in Canada last year, I’ve been impressed by so many of their products. From their CC Cream to their Bye Bye Redness skincare, I found the products to be exceptional quality. Recently, I’ve been having some bad luck with mascaras, testing out one dud after another (disappointing mascaras post to come!). I had my fingers crossed that the It Cosmetics Superhero mascara would be good so read on to see my thoughts and a demo of how it performed! 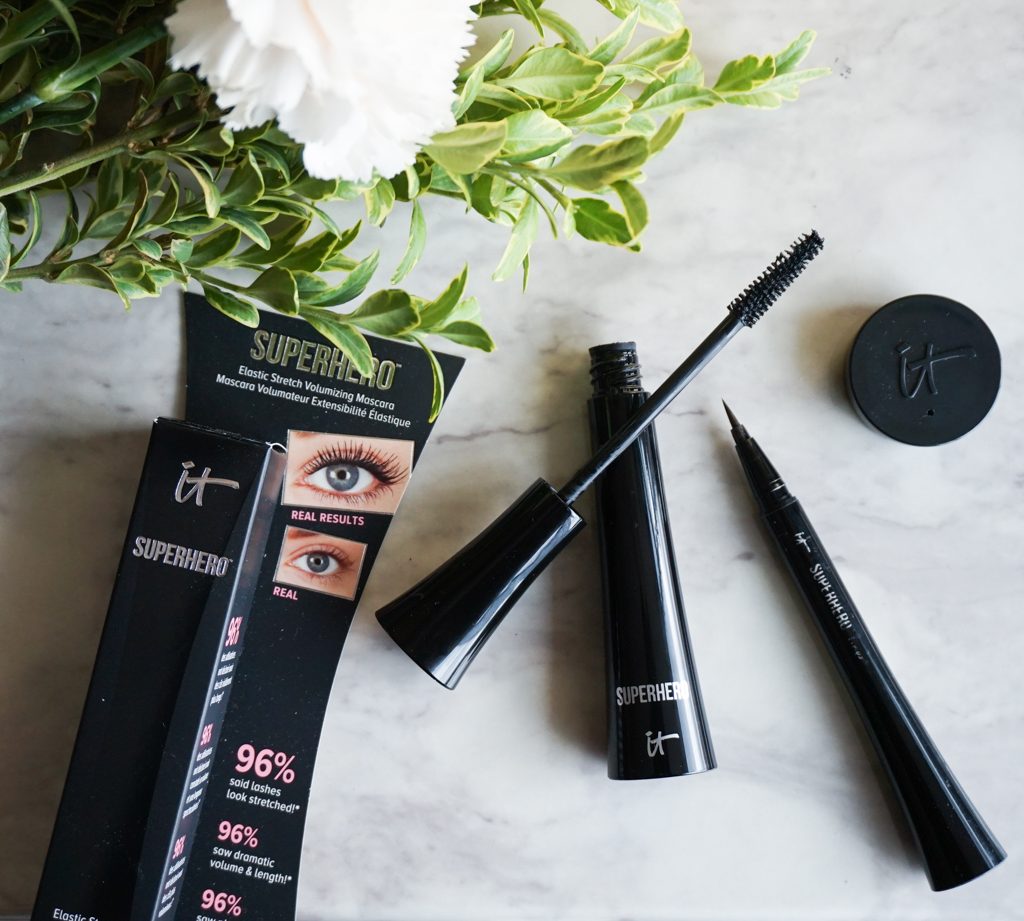 The It Cosmetics Superhero Mascara comes in an hourglass black tube. It has a wide base that allows the product to stand upright in case you want to display the item. I actually also have the It Cosmetics Superhero Eyeliner and the two products are very similar in terms of packaging. The wand has short natural bristles that I like. It has a slight conical shape so the tip can be used to reach the inner and outer edges. There’s nothing fancy about the packaging and mascara wand but sometimes simple is good. 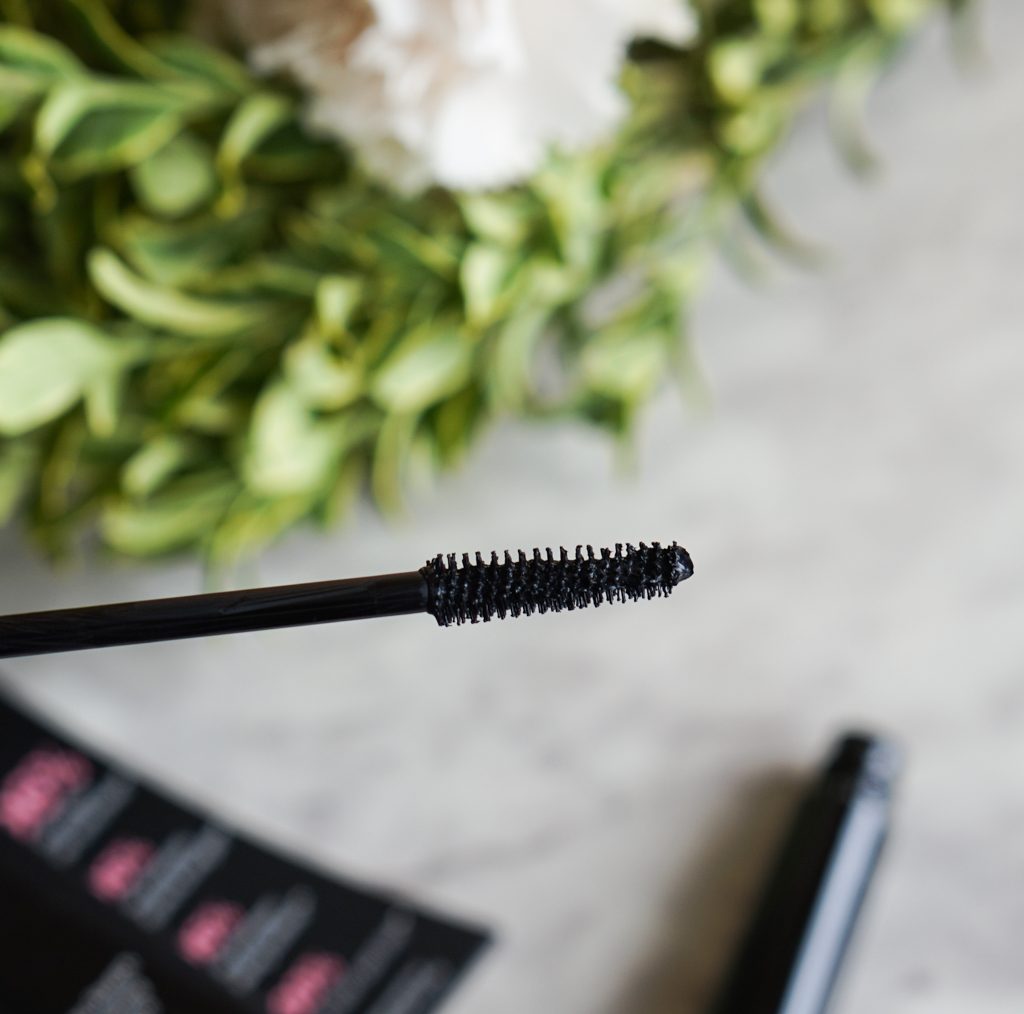 The first thing I noticed about the formula is how black it is! I thought the pigment was extremely dark and really emphasized my lashes! The formula was fantastic for building up length and volume. Contrary to what Sephora says though, I would not recommend wiggling the wand side to side. I did this and found that it clumped my lashes. The formula is on the wet side so pulling it straight up would be a better technique! The mascara is very well rated online but the common big complaint is about the clumping. I found it wore well into the day and I did not experience any smudging or flaking. One thing I was really impressed with is that I can rebuild layers even hours later. The result is a bit dry and clumpy, but it greatly lengths the lashes and in general opens up my eyes more! 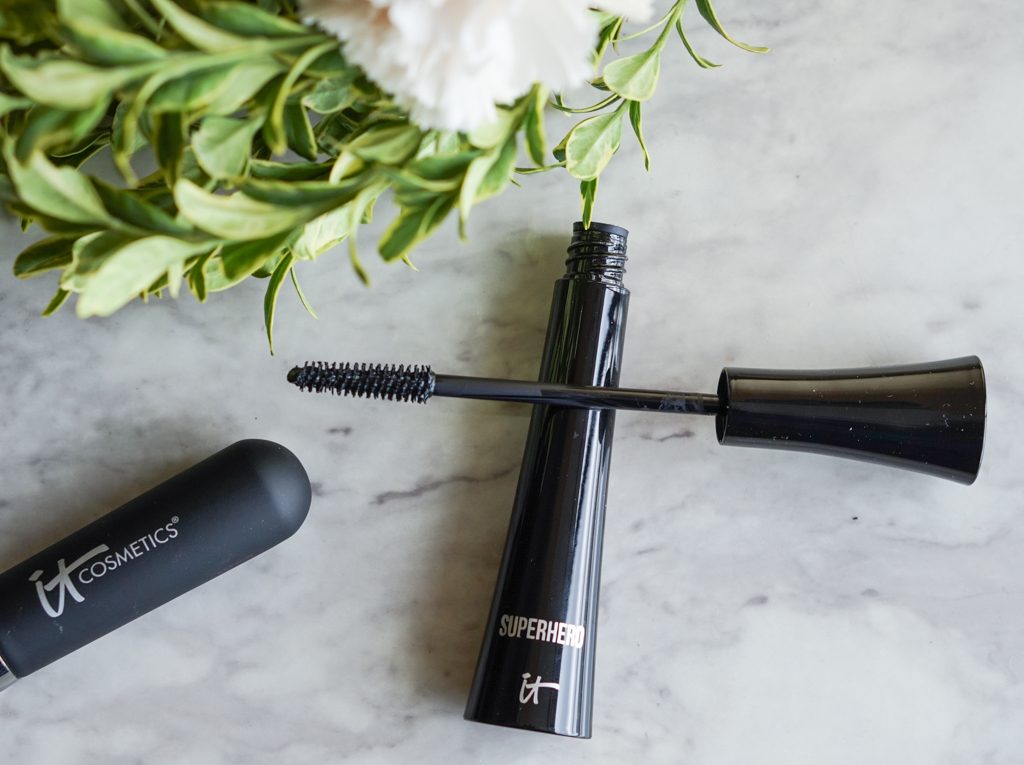 Here I have a before and after photo of using the It Cosmetics Superhero mascara. As you can see it provides a very black look to the lashes. I realize now that it looks slightly clumpy but I think it’s because my lashes still had a bit of a remanant of a previous mascara I was wearing. 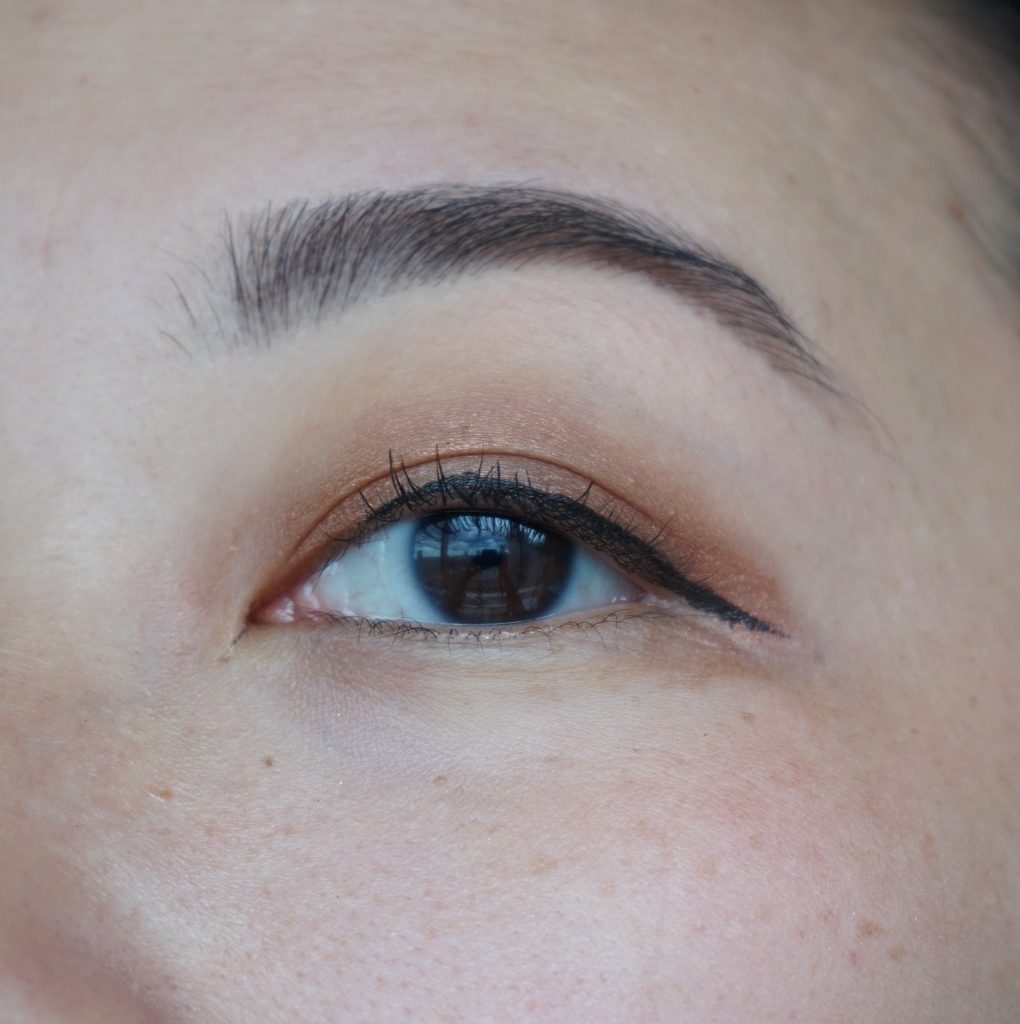 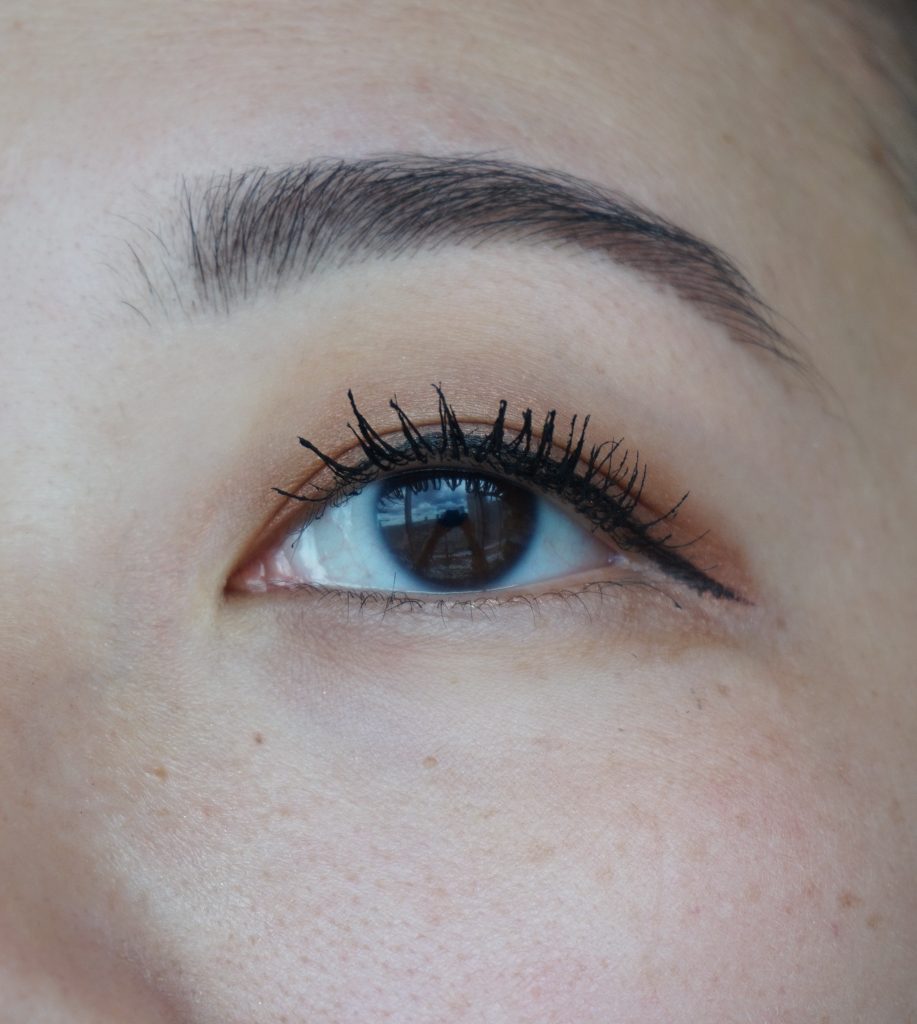