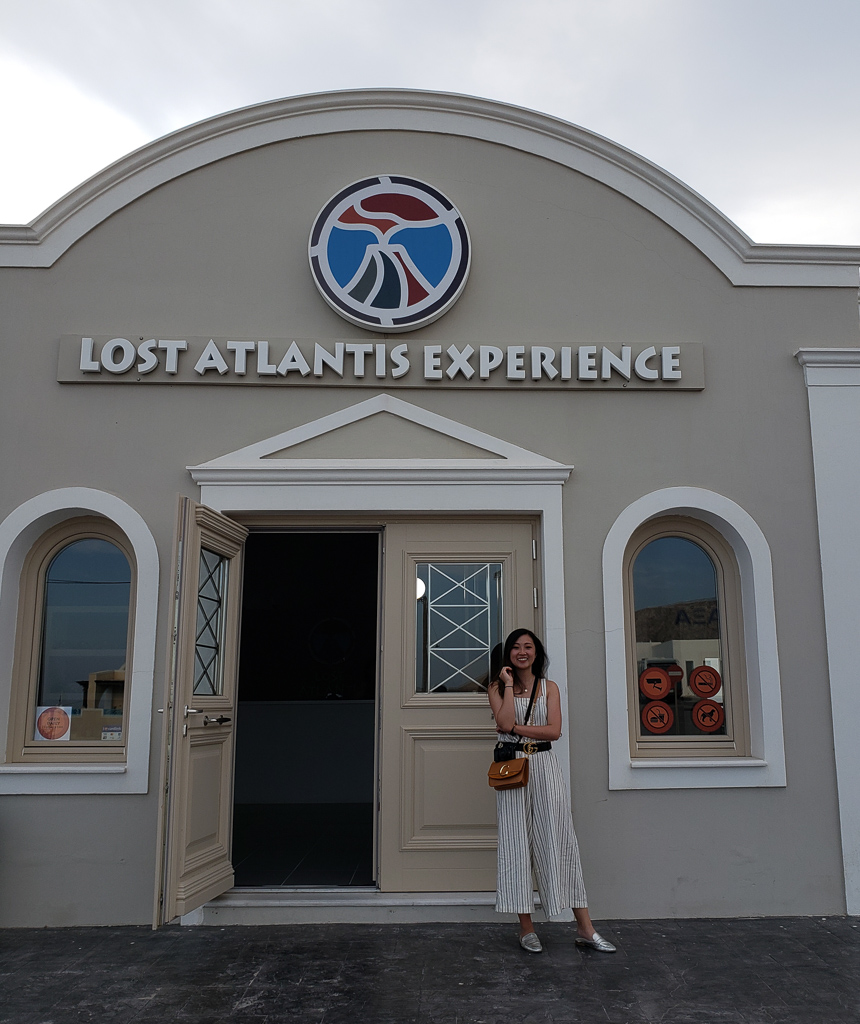 Known for the breathtaking caldera views and unique wines, Santorini is the most popular island for tourists. I recently chatted about 9 fun things to do in Santorini and today I’d like to share more information about one of those activities!  I ventured out to the newest museum on the island, Lost Atlantis Experience, to learn about the myth of Atlantis. I actually love learning about the history of cities I visit but I find most museums a bit overwhelming. Lost Atlantis Experience is an interactive museum that actually kept me engaged and taught me some very interesting facts about Santorini! 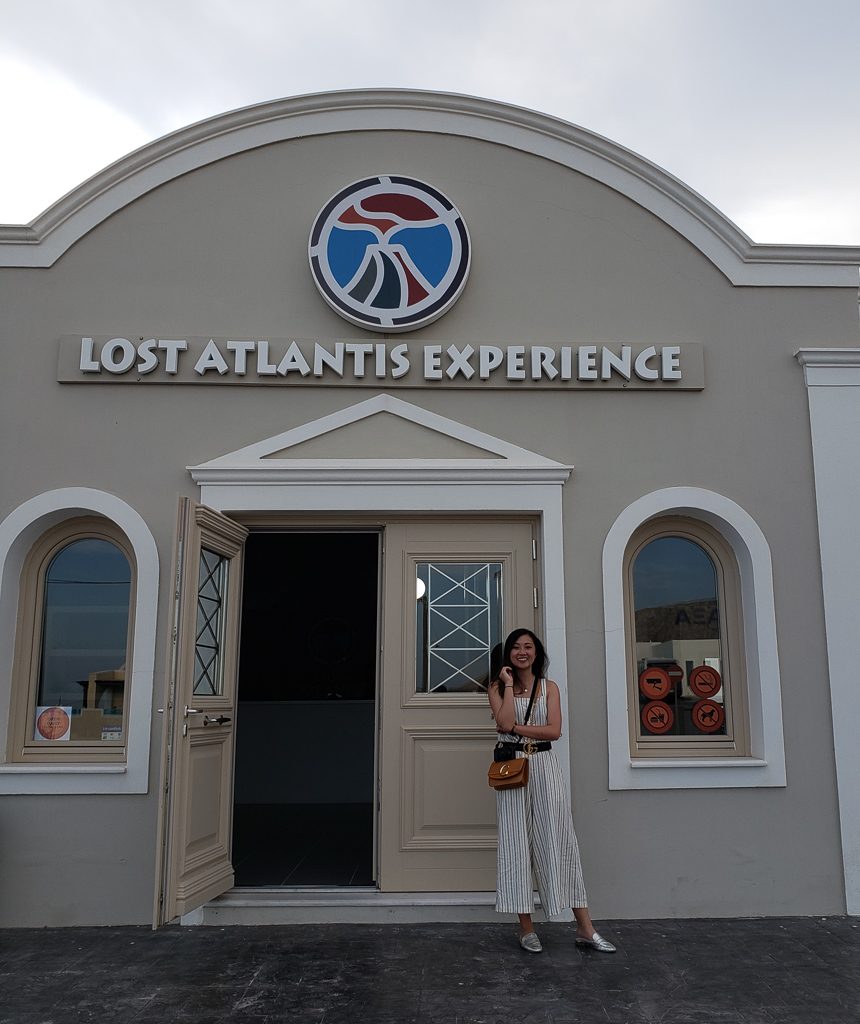 What is the Museum About?

Have you ever heard of Atlantis? For me, I only very briefly knew that it was a lost continent based on Universal Studio rides. But actually, Atlantis is an island that was first described by Plato and has been a mythological mystery ever since. Lost Atlantis Experience uses excerpts from Plato’s transcripts and other historical evidence to explain how Santorini could actually be Atlantis!

Layout of the Museum 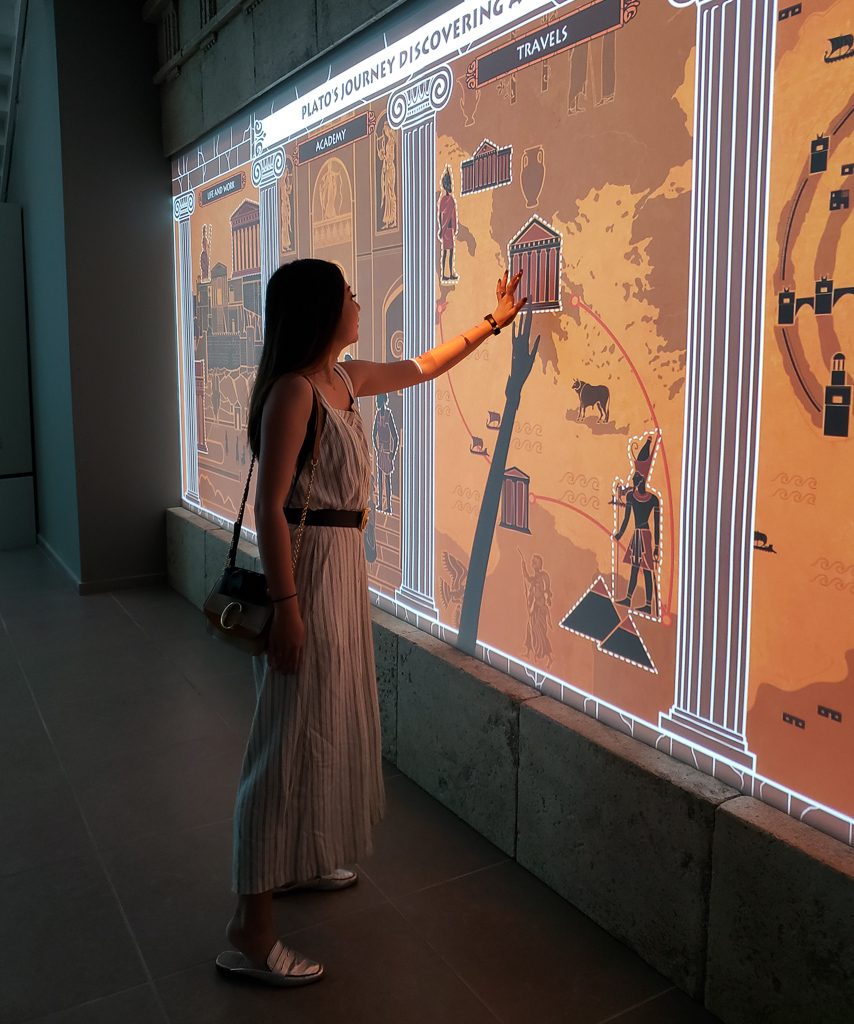 The Lost Atlantis Experience museum is laid out in two levels and can be fully explored in about 45 minutes. You start with a few introductory videos before going into their 9D Theater (this was my favorite part!). Then, they have a few very modern interactive stations where you learn more about Plato, the legend of Atlantis and also how the earthquake formed present day Santorini.

For example, the display in the photo above features a touch screen and will show you different aspects of Plato’s life and how he described Atlantis. 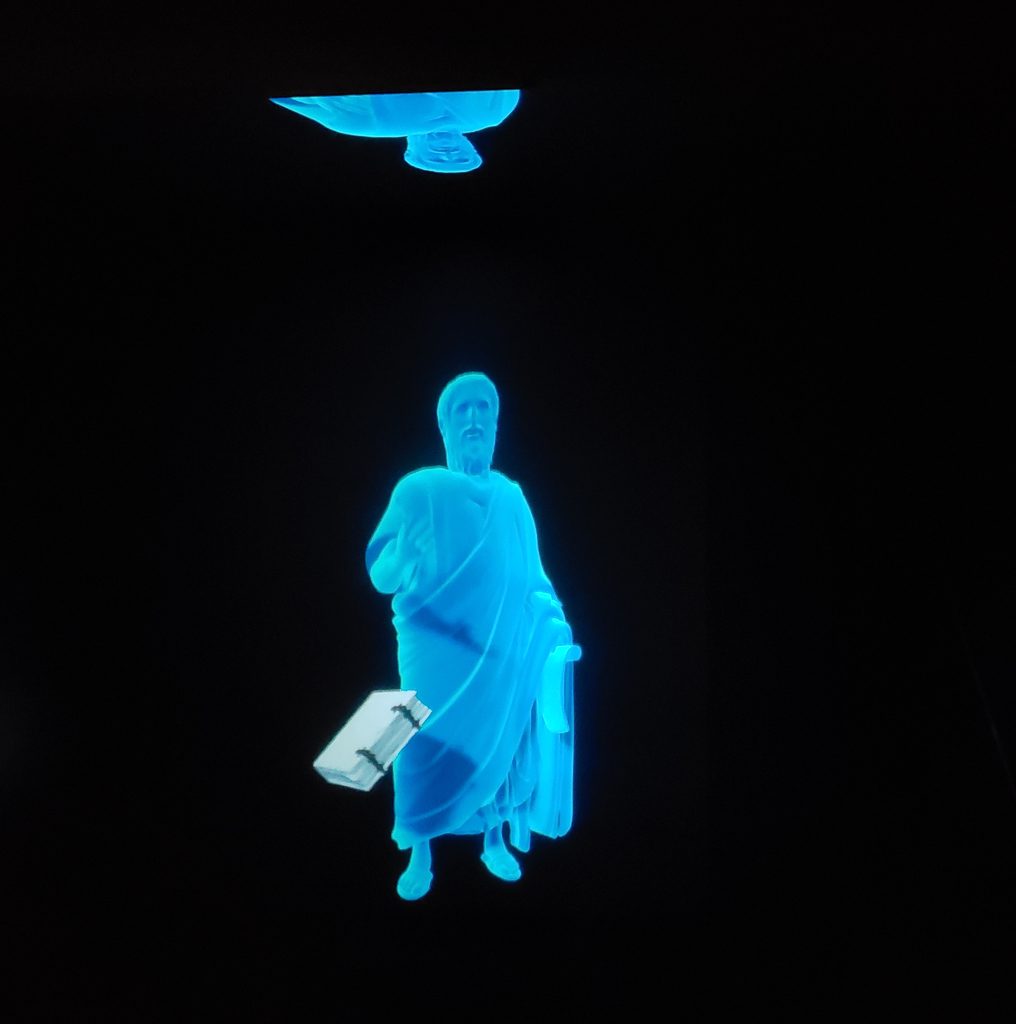 There is also another display that casts a holographic Plato and he’ll move to answer the question you select on an attached screen. 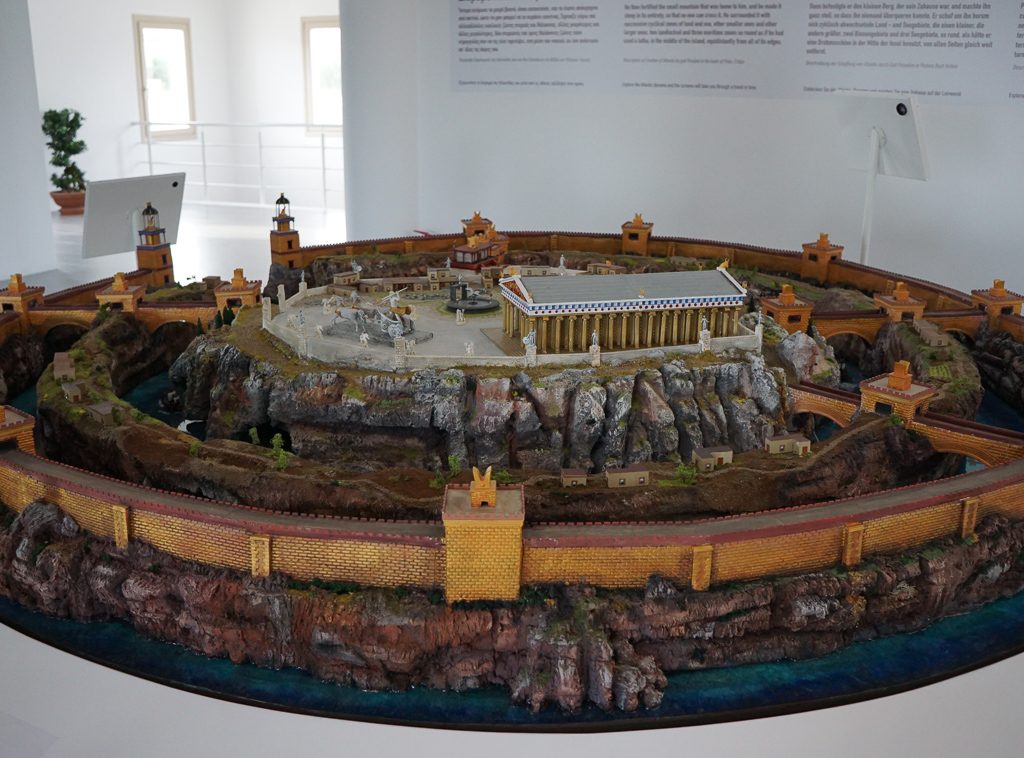 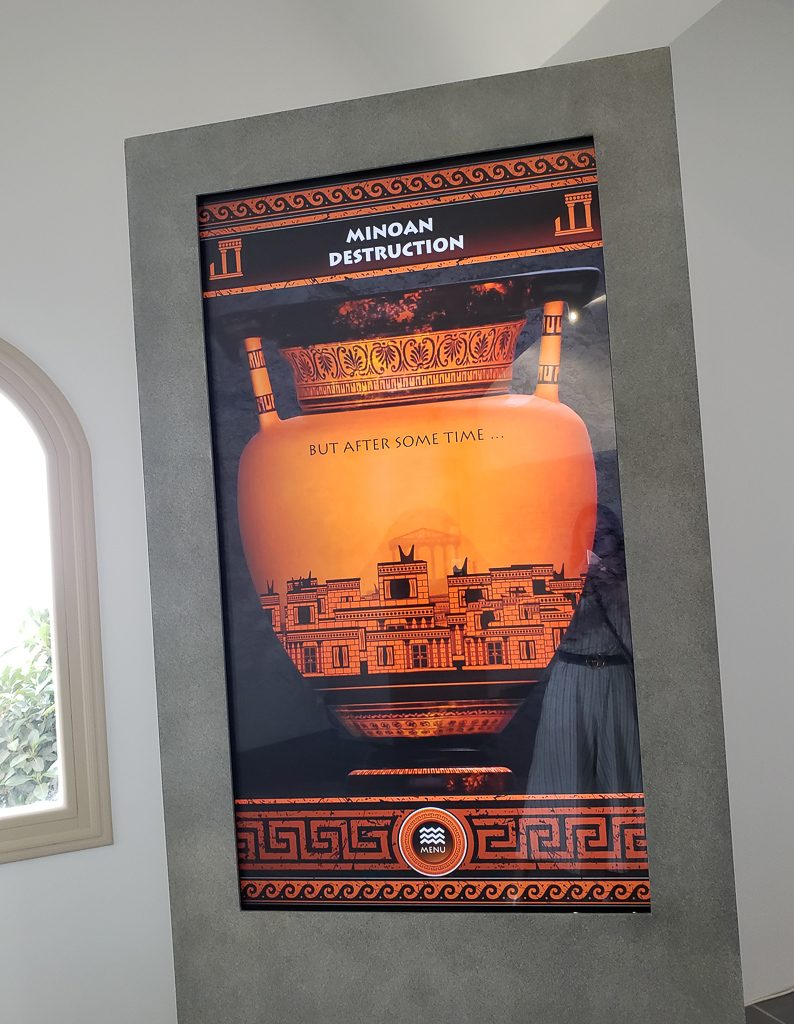 When you return upstairs, there is an Atlantis diorama with augmented reality lenses. I’ve actually never seen a display using virtual reality before so it was really neat to see technology and history collide! I don’t want to spoil the secrets so I won’t get into details about what each display tells you. 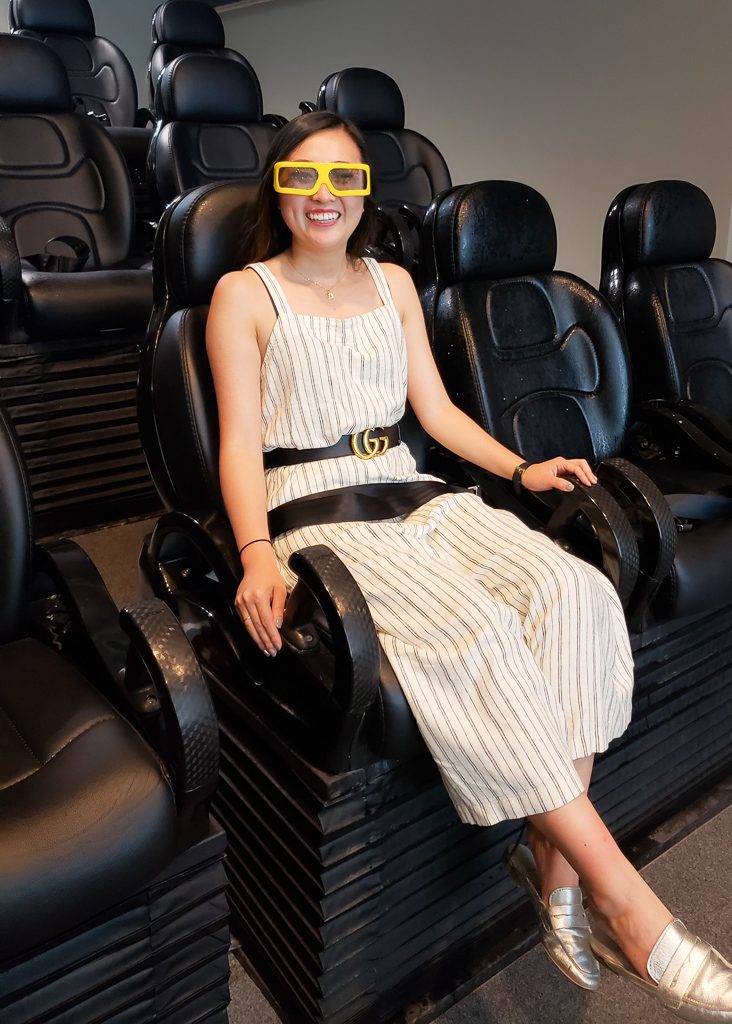 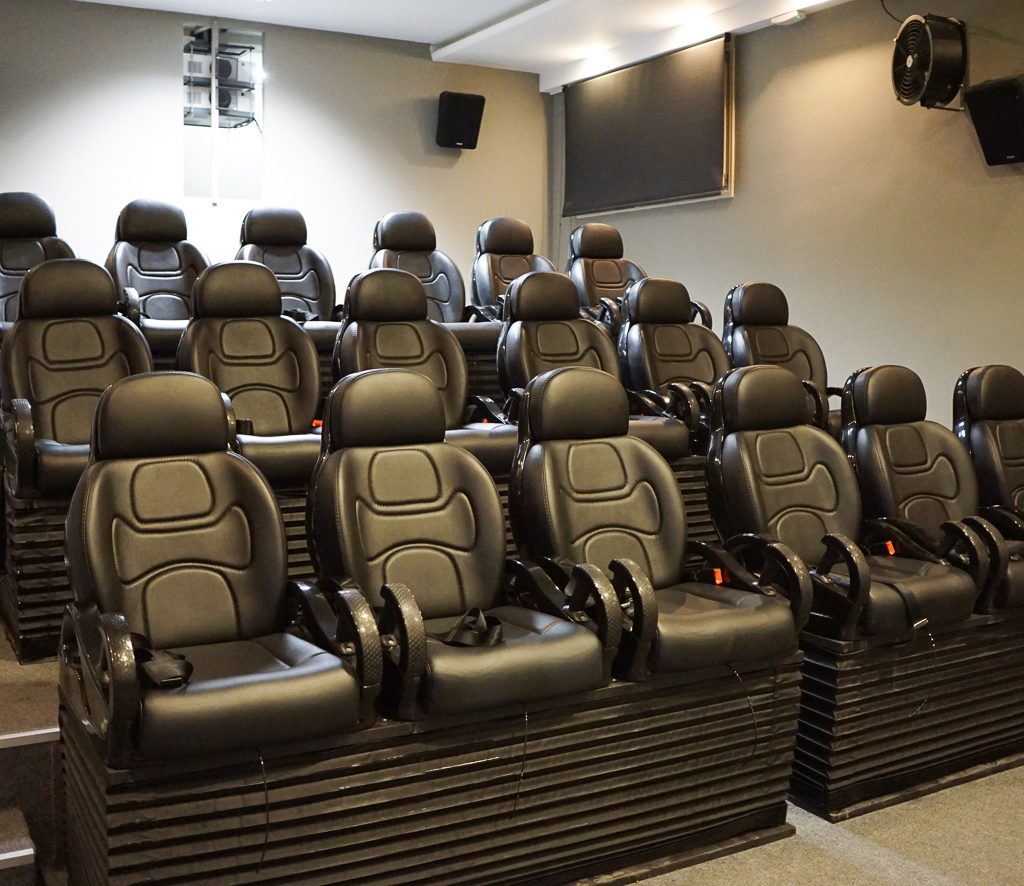 My favorite part about the museum is the theater which plays a 10 minute long film that puts you in the action of the earthquake. I can’t count all the dimensions that make up the 9D, but it was very immersive. If you’ve ever been on a Universal Studios or Disneyland ride, you’ll know what I’m talking about! The seats will move, and you’ll feel water and wind! 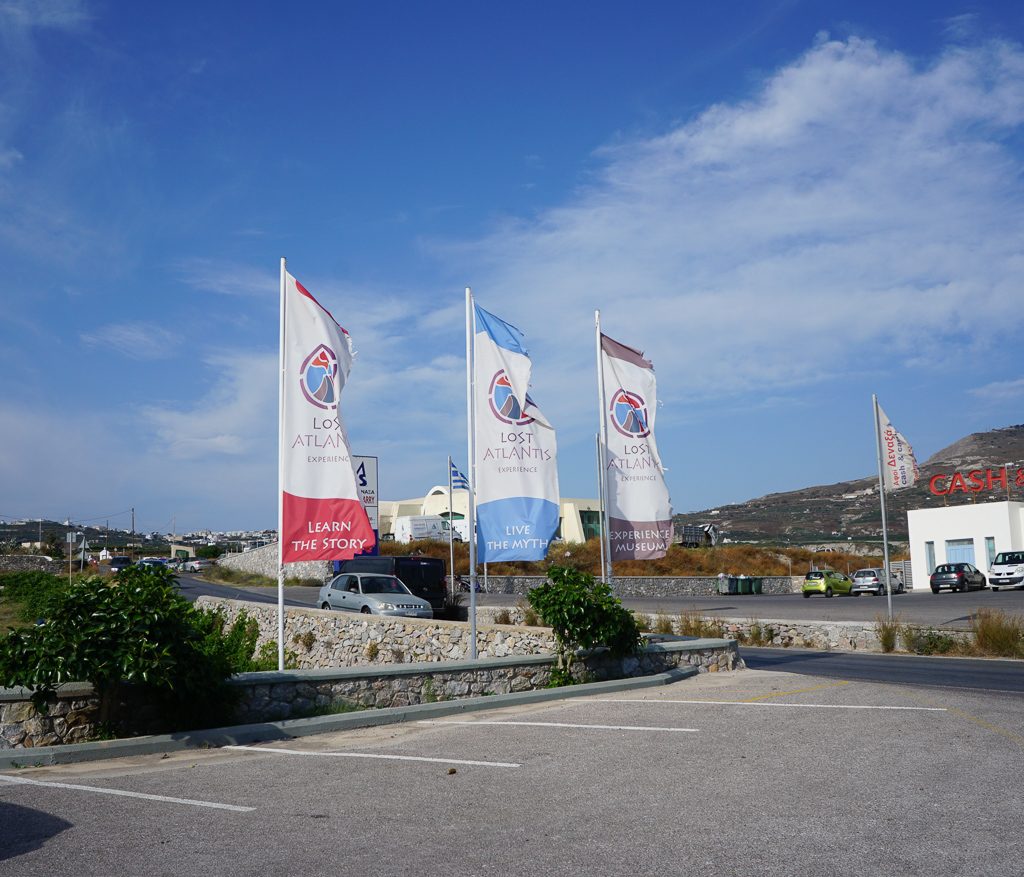 The Lost Atlantis Experience is located just south Megalochori. You’ll need a car or taxi to visit. Luckily there’s lots of parking available right next to the museum. It is open every day from 10am-9pm. Since Santorini get so hot, this is a great activity during the mid day as the whole place is air conditioned. Admission is 12 euros for adults or 6 euros for kids. You can visit their website for more information and find them on Tripadvisor.

I had a lot of fun here and learned about how the earthquake formed Santorini! It was also interesting to learn more about the Lost Atlantis legend! There’s some very strong evidence that Santorini was the real island that inspired this legend! The museum is perfect for those looking for a fun experience while learning some new facts.

I was a guest of Lost Atlantis Experience.